One of the best parts of the Obama administration was the obvious bromance between the president and Vice President Joe Biden. Since leaving office, the two have gone on to resume as normal a civilian life as they can. On Monday Biden’s daughter Ashley revealed her political pop laughed for nearly an hour when the Internet was at peak Internet last year creating fictitious scenarios with the two, and said one photo in particular took top billing.

Joe Biden Memes Have Been Taking Over The Internet

The above Tweet, which quickly went viral, shows former First Lady Michelle Obama embracing Jill Biden, while Obama and Biden share a moment that from the caption Joe would’ve liked to last longer than the eight years the United States constitution allows.

The clever Tweet comes from a comedy writer who’s aware the Vice President dug his comedy. Stroll down memory lane and take a look at some of the best Obama-Biden memes created. 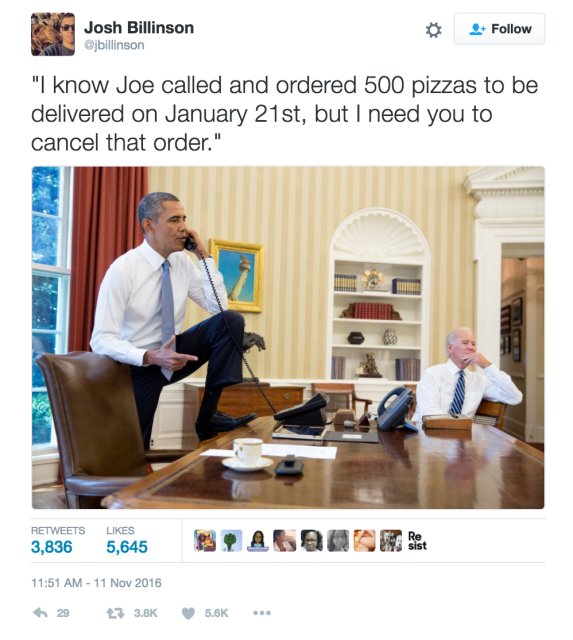 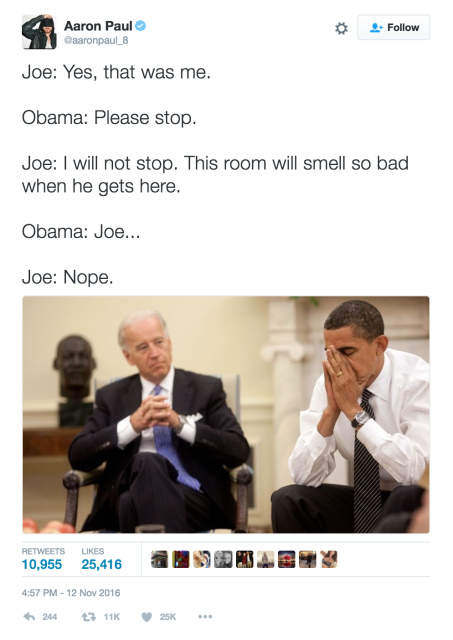