“I hate seeing my favorite players retire when they still have game,” said Ice Cube, as he addressed the assembled group of press in a suit at the cozy Times Square Sheraton Hotel Wednesday (Jan.11), “I got my heroes too.” Cube introduced his newest venture, The Big3 basketball league, along with his business partner of 20 years Jeff Kwatinetz. They also tapped former NBPA Deputy Executive Director, Roger Mason J.R. as its commissioner. 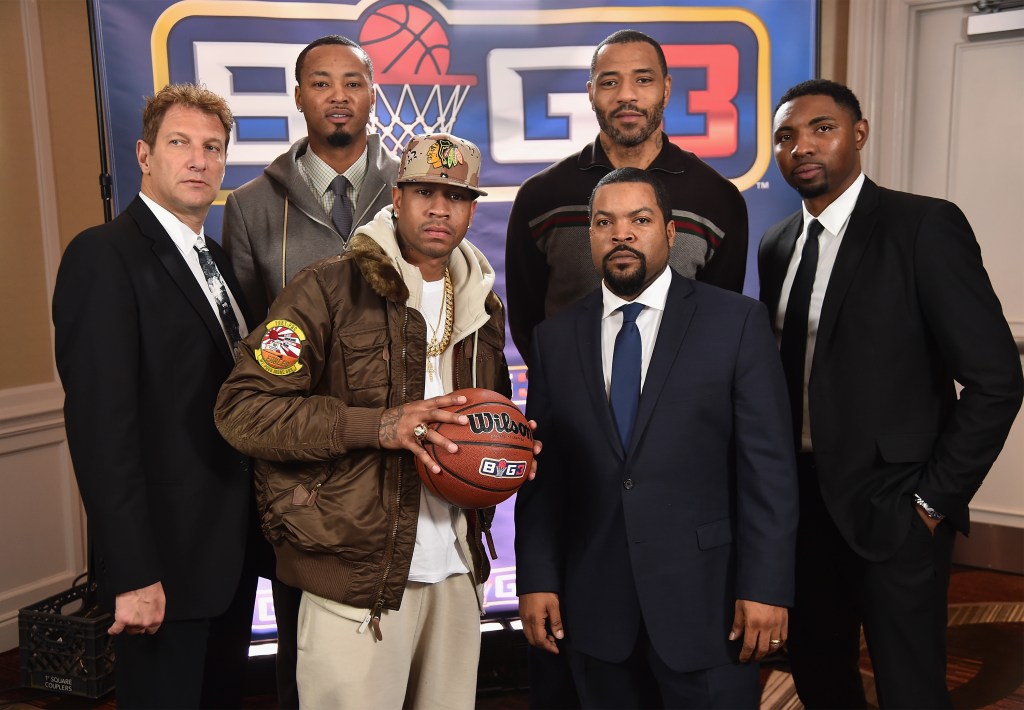 Anything the producer and music legend puts his hands in seems to turn to gold, and he could have another treasure here. The 3-on-3 league’s first press conference was run smoothly, as it felt like you were at an NBA team’s presser.

The league’s addition of Hall-of-Famer Allen Iverson doesn’t hurt either. Iverson will take part in tournaments as a coach and a player. The Answer spoke about how competitive he expects the league to be, and says his dream three would include himself, “Shaq and Kobe, not even a question.” 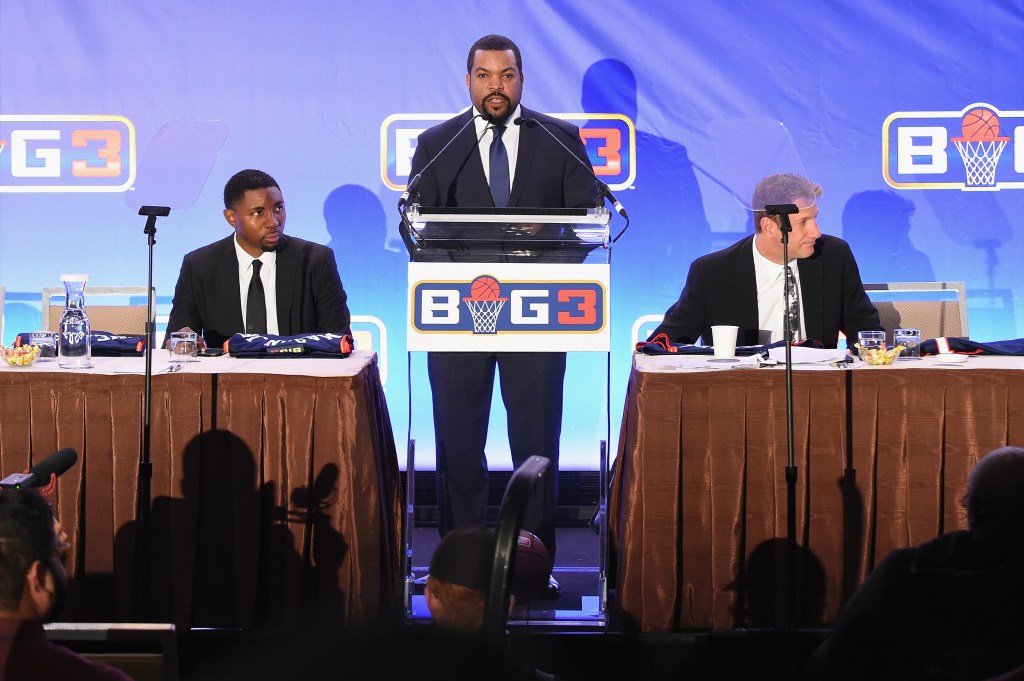 Each team in the eight-team league will be comprised of five players and a coach, with regular season games taking place June 24 through Aug. 26, with the last two Saturdays being playoff games. Each team will play every weekend, so fans will have admission to four exciting games, along with a special halftime performance to create the ultimate fan experience. 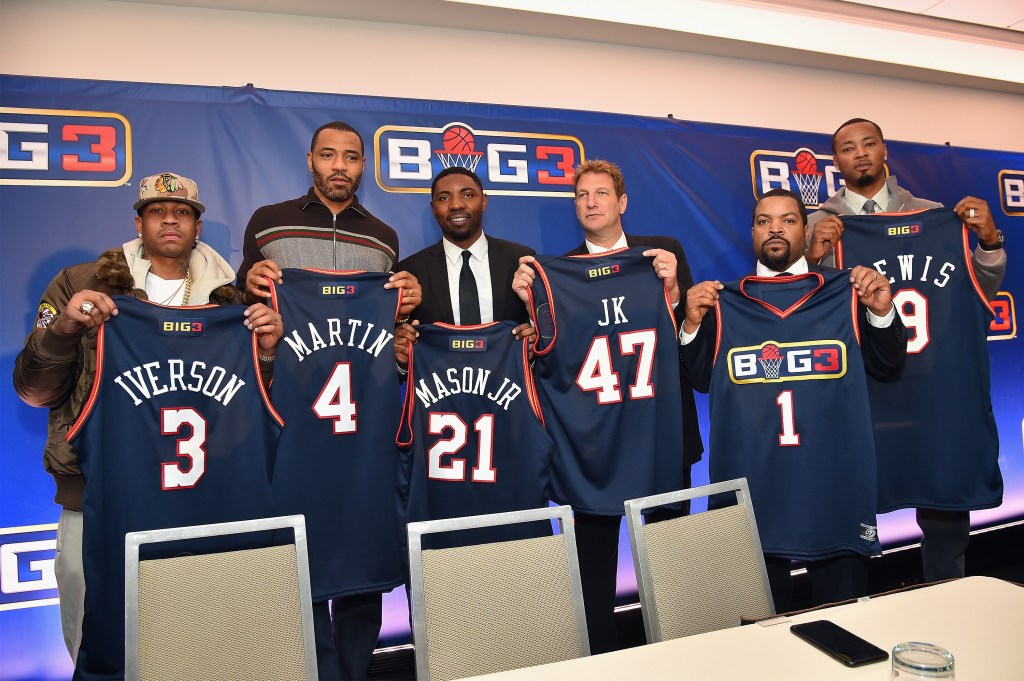 Cube plans to take the half-court experience to major arenas throughout the country. Here are some major rule changes you will see in the Big3 league, that have been argued over at nausea, as they hammered out the details over the past year:

The league should light up the summer, a time when sports—prefebably basketball—are sadly missing. Cube is hoping fans will turn in when “there’s nothing on television.” The Cali native said his hip-hop basketball squad would feature The Game, “Ride Along” partner Kevin Hart, and Snoop Dogg.

It’s safe to say we’re ready for something fresh and new in the game.