The Big3 landed in New York Sunday (June 25) and was met with positive reviews as it showcased the good, the bad and surreal moments only a game so unique could conjure up.

Nearly 15,000 paying customers (kids 13 and under with a paying adult got in free) packed the Barclays Center in Brooklyn, donning throwback jerseys and even Big3 apparel to take in the quadruple header of rugged old-school basketball.

The inaugural Big3 match up will go down as a season one classic between the Ghost Ballers and Three-Headed Monsters. Games were way more physical than expected, so the officials will have to clean that up moving forward. If you are a fan of early 2000’s basketball this game is for you, post play, hand-checking and trash talking were present in all of the contests.

After Ricky Davis gave the Ghost Ballers a 60-59 lead (this is first to 60 but win by 2), Rashard Lewis drove the lane and nailed a tough bucket while he was fouled and sank a free throw for his 27th point and to power the Three-Headed Monsters their first win 62-60. Kwame Brown also played really well down low as he and Lewis drew smaller defenders. The former number one overall pick finished with 17 points and 10 rebounds. One aspect that could be a downfall for the league were was injuries., as guys are getting older. Jason “White Chocolate” Williams went down early in the second half for the Monsters with a non-contact knee injury and Sports Illustrated reports he will miss 6-8 months. 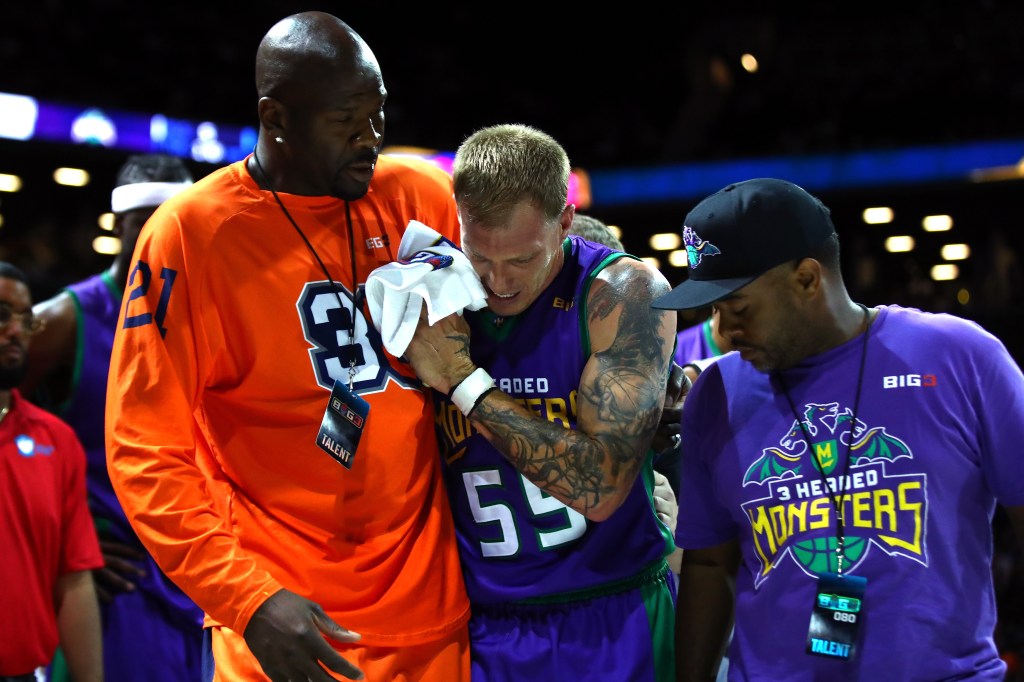 There was an overwhelming amount of positive energy in the stadium, even though fans and players didn’t really know what to expect.

A star-studded cast of celebrities also made appearances court-side for the afternoon action. James Harden, D’Angelo Russell, LL Cool J, Lou Williams, Paul Pierce and Whoopi Goldberg were on hand to add mystique to the league’s debut. Maybe next season retired players like Pierce will be suiting up for one of the eight Big3 teams. Ice Cube has to be pleased with the venture’s start. The onslaught of all star guest was also a fitting match for its half-time talent Fabolous, who gave a rousing performance in his native borough.

Game 2 featured another thrilling classic between Power and Tri-State which went down to the wire. Former Washington Wizard and fan-favorite DeShawn Stevenson lead the Power to victory with 20 points while drilling the game-winning three pointer, sending the crowd into a frenzy after the 62-58 final. Corey Maggette went down with a knee injury for Power forcing 41-year-old Cuttino Mobley into extended playing time down the stretch. Former NBA All-Star Jermaine O’Neal looked like he still had all the moves, out there pouring in 16 points for Tri-State but it was not enough.

DeShawn Stevenson with a game-winning 3 at the #Big3 pic.twitter.com/qyLZqnWlHD

Then came the main attraction–the return of Allen Iverson. It was a sight to behold as the Barclays Center erupted when his name was called. His game however, was very underwhelming as The Answer only had one bucket in 9 minutes of playing time, but the player-coach’s squad 3’s Company was victorious thanks to Andre Owens 20 point effort 61-51, as both teams struggled to put the ball in the basket shooting a combined 32%. 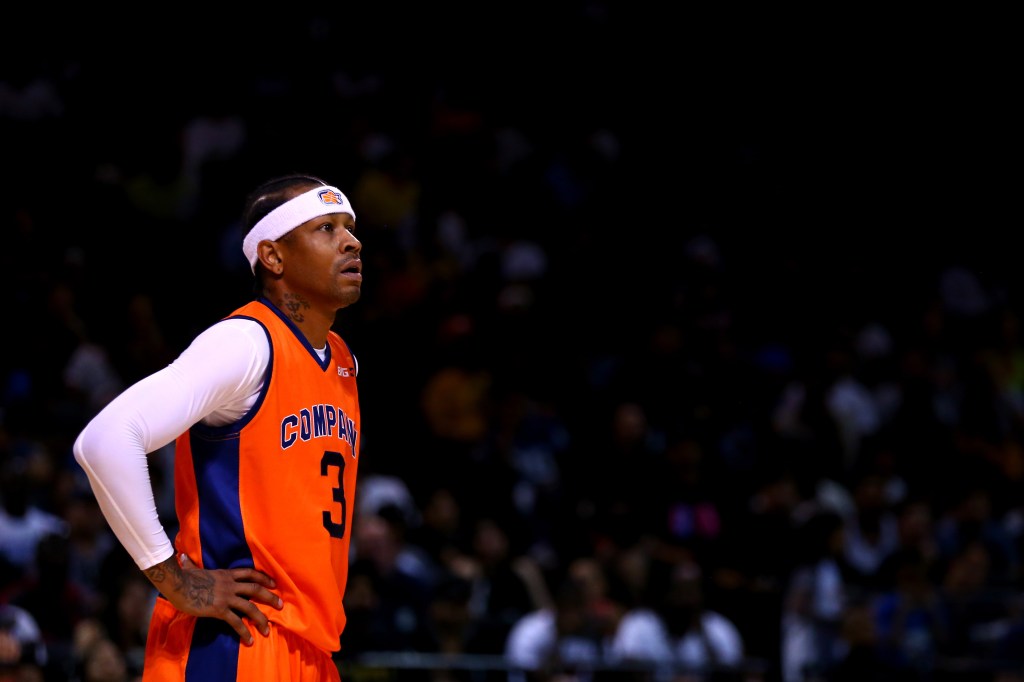 Post-game Iverson addressed the media saying, “You get goosebumps in that atmosphere because you get flashbacks but you know these guys have been playing everyday, while I have been retired for almost 7 years.”

By this point, the air had been taken out of the arena and many of the fans made their way toward the exits as the five and a half hour event came to a close. Trilogy ousted Killer 3’s who were without team captain Chauncey Billups, as he continues to negotiate a deal to make him the Cleveland Cavaliers General Manager 60-45. League first overall pick Rashad McCants, and former Knicks Al Harrington and James White did the heavy lifting for Trilogy as team captain Kenyon Martin left the game with a hamstring pull, which he calls “the first in his entire basketball career,” said K-Mart post-game.

The successful week one came to a close in Brooklyn, making a historic positive first step for Ice Cube and the Big 3. Next Sunday (July 2), the league makes it’s one and only trip to Charlotte, North Carolina at the Spectrum Center, as games will now be played to 50 instead of 60 to shorten the duration of each match up. Fans in the area should not miss the affordable experience and day of basketball and fun.

Check out more information on the Big3 here.