Netflix has shared the trailer for Untold: Malice at the Palace offering a new look at the 2004 clash between fans and NBA players. The documentary is the first of five in a series that brings fresh eyes to tales from the wide world of sports. The short film features never-before-seen footage from that night and firsthand accounts from those that lived it.

The historic brawl between NBA team players and energetic fans took place on Nov. 19, 2004. Players, coaches, referees, and fans who were involved in various capacities are unable to forget that night and for some, their reputations were permanently marred by the unprecedented scuffle. The official synopsis for the documentary describes the fateful night as follows:

“As the game neared its end, Indiana firebrand Ron Artest shoved Detroit’s Ben Wallace, sparking a brawl between the two clubs. When one fan arced a perfectly tossed cup of beer onto Artest’s chest, it unleashed a type of melee that had never been seen before in the history of the NBA: players rushed into the stands, fans rushed onto the court, and police rushed into the building trying to control the pandemonium.”

“I want the story out there. Go frame by frame,” says Artest in the trailer. 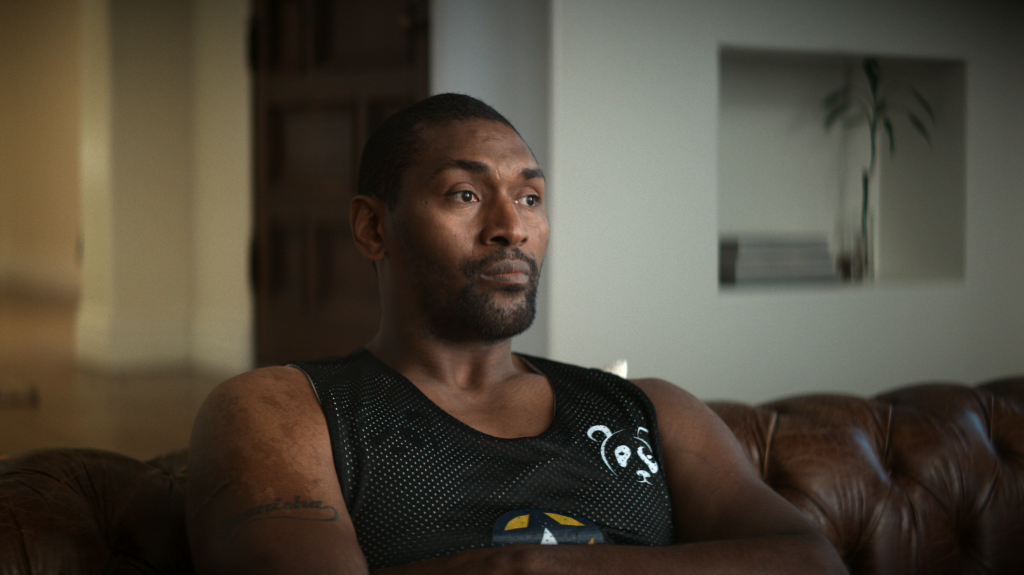 Other stories uncovered in the Untold series include Olympian Caitlyn Jenner sharing intimate details on her journey to winning gold, legendary boxer Christy Martin and the fight of her life outside the ring, professional tennis player Mardy Fish opening up about his struggles with mental health, and a team hockey players known as the Trashers taking orders from the teenage son of an alleged mob boss.

“We’re not looking for right answers or wrong answers. We want to meet our subjects where their truth lies and make it as cinematic as possible,” said a statement from the project’s directors and executive producers.

The statement continued, “One interesting through line in almost all of these stories is that at that crucial moment, something that they learned in the dogged pursuit of becoming a professional athlete segued into something that happened off the field or off the court or off the ice in their real life and we’re getting to hear it directly from their perspective. It doesn’t have to be a pretty conclusion, but we do like stories that are still unfolding into today.”

Untold: Malice at the Palace is directed by Floyd Russ and premieres on Netflix on August 10. Watch the trailer below: