Former NFL player Zac Stacy was arrested and released on federal abuse charges after a violent video of him allegedly physically assaulting his ex-girlfriend went viral. The 30-year-old athlete turned himself in last Thursday (Nov. 18) after flying into Florida from Tennessee, according to TMZ Sports. In the disturbing footage, Stacy allegedly attacked the mother of his 5-month-old son with punches before throwing her into a television. The abuse took place in front of the infant, the digital tabloid reported.

The alleged victim Kristin Evans is Stacy’s ex-girlfriend, and according to CBS, she uploaded the video to the internet herself. Following the incident, she called 911 after he fled the scene. She was reportedly moved to an undisclosed location for her safety. In her restraining order application, Evans asserted Stacy “has escalated violence since May while I was pregnant. He also assaulted me just weeks before our son was born. He will not stop. He will kill me and he feels justified in his actions.” 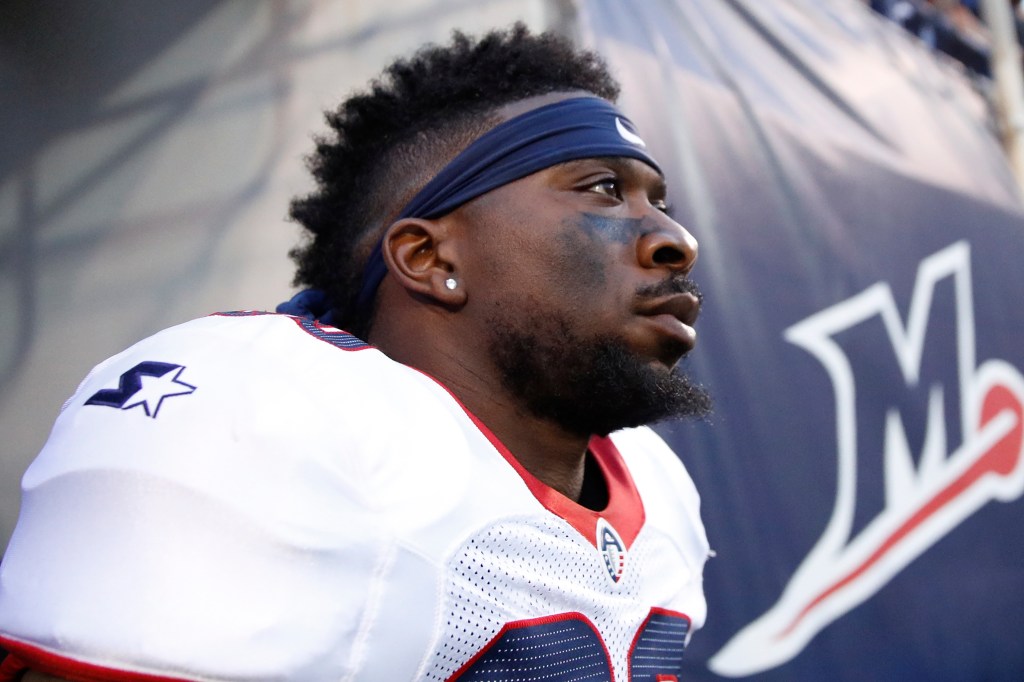 Zac Stacy #20 of the Memphis Express looks on during the game against the Birmingham Iron at Liberty Bowl Memorial Stadium on March 24, 2019 in Memphis, Tennessee. Memphis won 31-25 in overtime.

The Orlando Sentinel reported the attack shown on camera occurred on Nov. 13 when Stacy visited Evans to visit their child. During his court appearance on Nov. 19, the judge ordered Stacy to have no contact with Evans, and surrender his passport and any firearms he owns. He was released on Saturday (Nov. 20) after posting $10,150 bail.

Evans and her legal team have shared their opposition to his release. During an interview with Florida news station WESH 2, she went into further details about her experience. She attempted to attend the hearing, however, a schedule conflict resulted in her watching it online.

She added, “The physical abuse began in May. I didn’t report it. I was pregnant at the time. I wanted my son’s dad to be there for me and for the birth of his first child. So I forgave him.”

Stacy began his NFL career when he was drafted by the St. Louis Rams during the 2015 NFL draft. He played collegiate football at Vanderbilt University and has also played professionally for the New York Jets, Saskatchewan Roughriders, and Memphis Express.