Grammy-nominated funk-soul duo, Silk Sonic, are taking their talents to the virtual world of Fortnite in their Icon Series with a new in-game radio station hosted by Bootsy Collins. Announced by Fortnite‘s developer Epic Games on Thursday (Feb. 3), music from the accomplished pair will be featured while players will also get the chance to channel the ’70s and dress their characters in Silk Sonic-inspired looks.

“Back in the day I was crazy about arcade games, so being able to bridge the worlds of music and gaming with Fortnite is very exciting,” Collins stated in a release about hosting the An Evening With Silk Sonic radio station. “Both worlds offer players a great way to come together and relax.”

The kickoff is set to happen on Thursday, Feb. 10 at 7 p.m. ET, but currently, fans can win the chance to unlock outfits and accessories early on Monday, Feb. 7 in the Silk Sonic Cup. Fans can play up to 10 matches in their respective region’s three-hour timeframe. Specific event timing can be found under the Compete tab in-game. 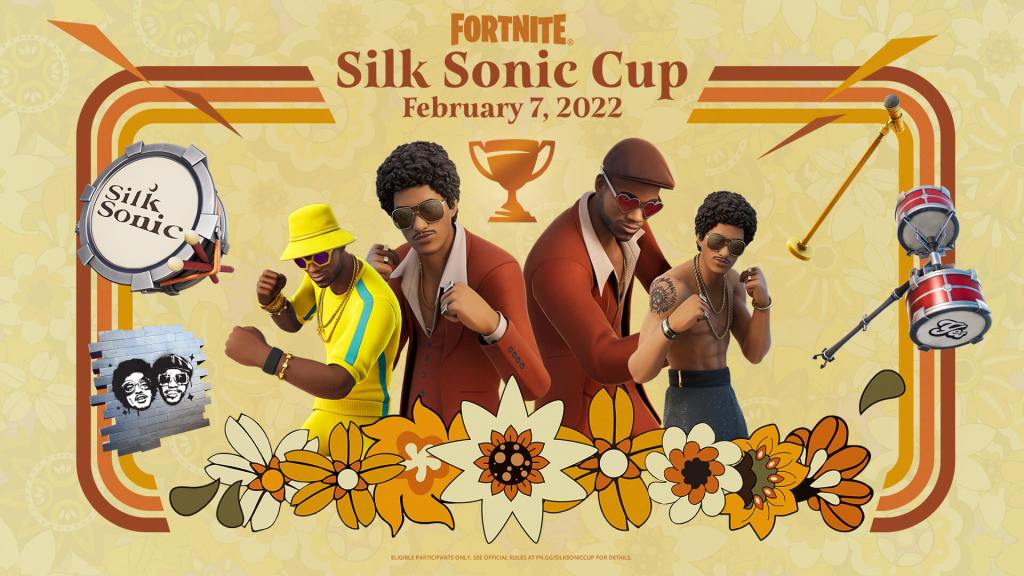 Players will able be able to unlock “Somebody This Fly” Lobby Track for usage ahead of a match while also jamming to the “Leave The Door Open” Emote, which was previously introduced by Bruno Mars during the promotion of their single. Previously, Anderson .Paak also collaborated with Fornite when he headlined a digital performance for the game’s Spotlight Concert Series.